Army With Uni Students Friend Save Mom & Daughter From Being Fire Victim! 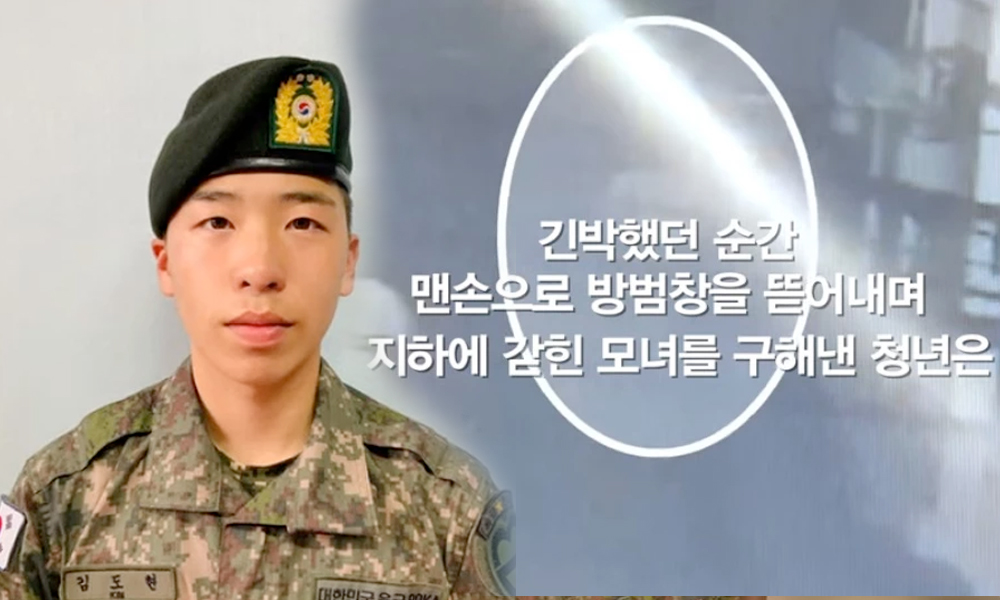 An army corporal on vacation bravely rushed to the scene of the fire and saved a valuable life.

A fire broke out in a multi-generation house in Cheongju, North Chungcheong Province, in the early morning of the 9th. Most of the residents escaped outside, but there is a mother in her 40s and female teenagers in the basement were unable to escape due to the flames.

Kim Do Hyun, a corporal of the Army’s 30th Armored Brigade, who was on vacation nearby, ran to the scene of the fire with his friend Kim Min-soon, a student at Cheongju University. Mother and daughter urgently patted the window and asked for help. The two shook and kicked their bare hands and ripped off the window, allowing the mother and daughter to escape.

Corporal Kim and Kim evacuated other residents to the roadside and brought fire extinguishers to extinguish the blaze. Meanwhile, firefighters arrived and put out the fire safely. Thanks to their courage, no casualties were reported.

In an interview with the media, Corporal Kim said, “It is a natural mission to protect the lives of the people as a soldier.”