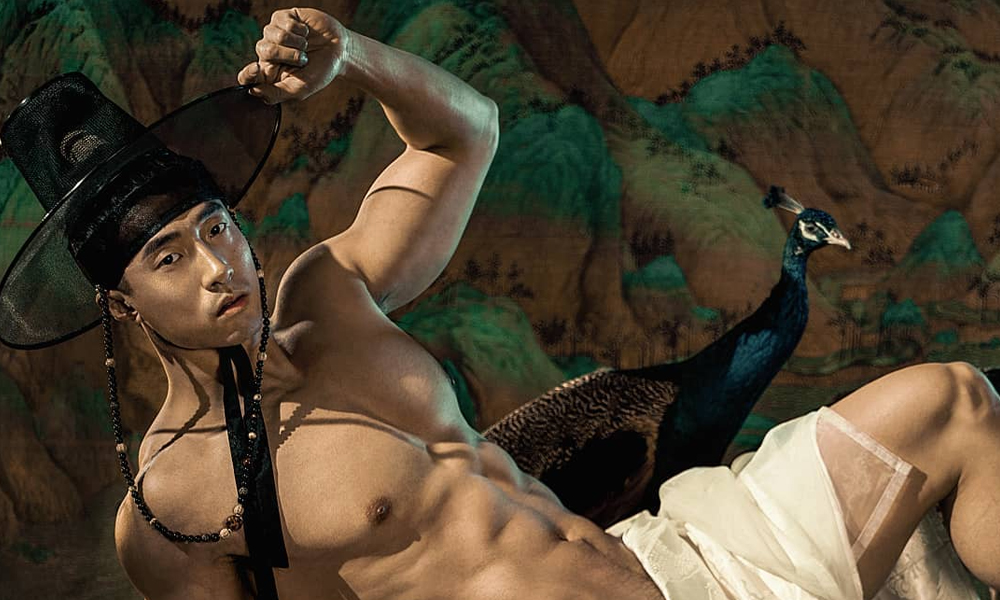 While China’s historical and cultural process continues to insist that not only kimchi but also hanbok and pansori are their own culture, a pictorial is frowned upon.

Recently, a photoshoot of a Chinese model by a fitness photographer named Ren Ren has been controversial in various online communities.

The male model in the photo in question is lying half-naked. However, he wears a hat on his head, and under his body is a garment presumed to be a hanbok. It is a traditional Korean costume that produced an obscene image.

The photographer and model are Chinese even though the model looks like a Korean model. Meanwhile, the Chinese model name Peter was a fitness model. Base on his Instagram update, Peter really into fitness and had plenty of times posing sexy with almost half nude. Perhaps, this is his way to express the result of taking care of his body.

Same with Peter, Ren Ren also a known photographer that always taking a picture with skin, nude and sexy concept. Plenty of models have already been exposing their bodies with a touch from Ren Ren. Previously, Ren Ren also does the same concept as hanbok which is a Chinese and Japanese traditional costume.

Some Korean netizens who saw the photo said, “It’s just an individual photographer’s work,” but most of them are looking at it with an unpleasant look. Hanbok is originally not too revealing. It does not fit with the obscene image by expressing beauty with neatness, because it feels like China is taking the lead in ruining the image of Hanbok.