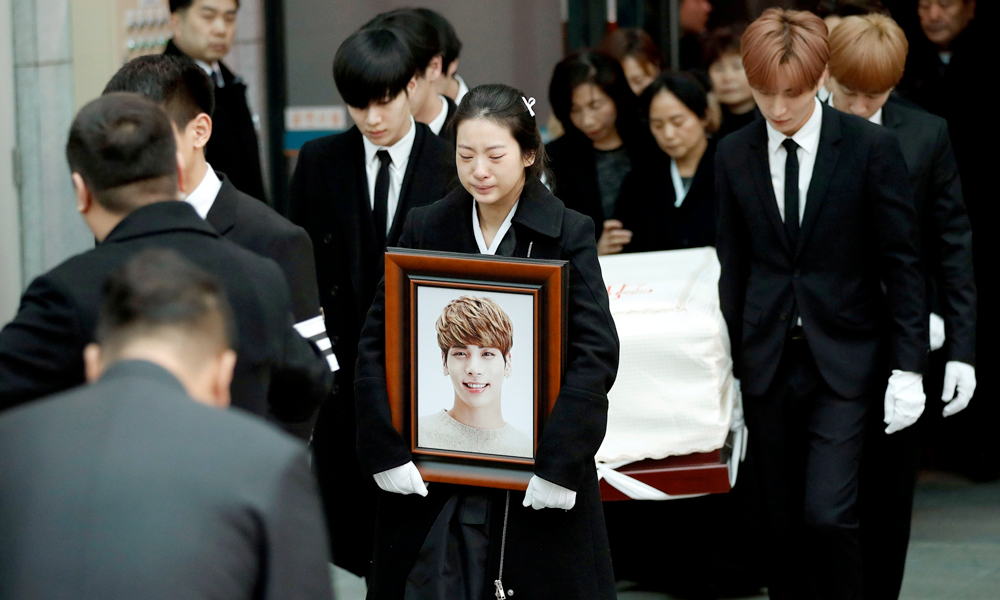 Traffic and other accidents came in second at 4.6 deaths out of every 100,000 people, followed by cancer with 2.9 deaths, the report showed.

South Korea’s suicide problem mainly receives media attention after a famous celebrity chooses to end their life. No one will argue the tragic nature of these stories related to Celebrity suicide, but what is just as tragic is the fact that so many other ‘ordinary’ people commit suicide at an alarming rate in Korea every single day, yet they simply aren’t awarded the same media attention.

Sadly, it takes a famous icon to end their life for the media and public to pay attention to the issue, and a big issue it is indeed. Suicide contagion, the idea that exposure to death by suicide can increase suicidal behavior in others, is a real thing, and of course, any possible link tied to the K-pop industry deserves to be investigated.

However, the leading conversation surrounding suicide needs to combat that contagion and prevent it from spreading. In many parts of the world, mental health is still a taboo subject, and although that is slowly starting to shift, South Korea still has one of the highest suicide rates in the world, the fourth-highest in 2019, according to the World Health Organization.

As the statistics around suicide reveal, this conversation goes far beyond Korea’s entertainment industry, and it would be unjust not to address the larger sociocultural factors at play. A more productive alternative would be to talk about this cultural taboo.

Not discussing it may prevent people from seeking treatment and support, and it may contribute to the stigma and compounding social pressures that make mental health resources feel out of reach to some.

The “dark side of K-pop” is a narrative that reflects people’s tendency to attempt to connect the dots, but using sensational headlines to try to make sense of suicide is, ultimately, counterproductive. As important as it is that attitudes toward mental health increasingly embrace conversation and openness, both within the K-pop industry and society at large, it’s also important to reflect on areas we need to improve.