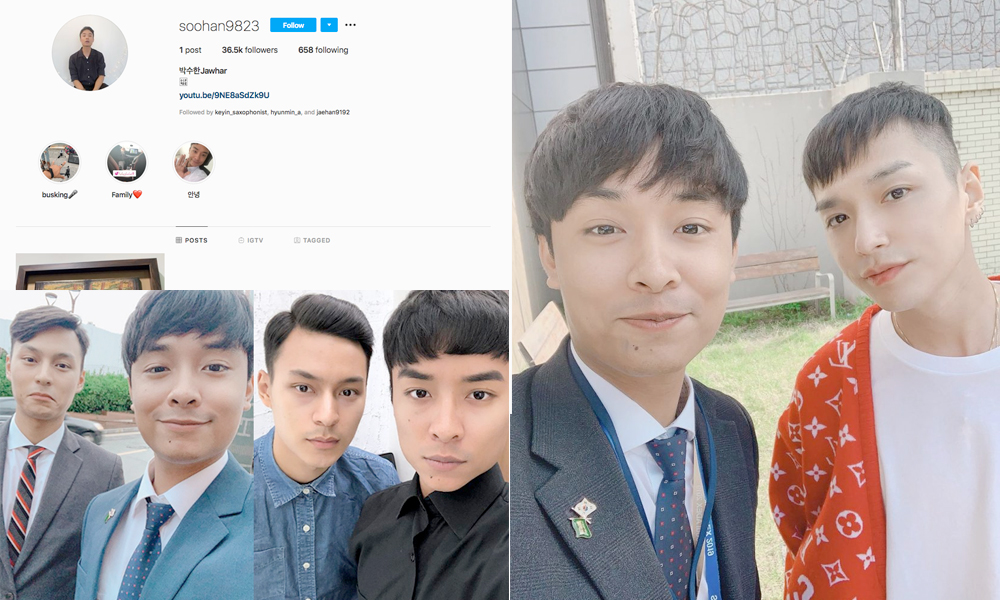 Among the famous and handsome Korean Muslim in Korea, Park Soo Han that had Islamic name, Jawhar make a big decision to take a long break from updating about his life in social media especially Instagram.

According to informer, Soohan feel very disappointed when the comment and critics involve his late father name. For those who still don’t know, Soo Han father from Sudan and now Soo Han is the leader of his family taking care of his Korean Mom and cute little brother who also in handsome Korean Oppa category.

Before this incident happen, Soo Han always update and make IG live when he had free time by accepting request from fans and singing song while playing a piano. Not just take a break from updating in Instagram, Soohan also delete all the picture in his Instagram and just leave one picture of Japanese women drawing.  His follower become more curious and worried what real happen to him. Fans also hoping Soo Han in good condition.

Although now fans don’t know what happen to Soo Han, Korea Buzz get good news that Soo Han in good condition and just busy with his main job. Soo Han get lots of intention from international female after people know he also a busker and a friend with famous Korean Muslim youtubers Daud Kim. But many girls like him because he is very fluent in Korean, English and Arabic. In the same time. Soohan also have a sweet voice that make lots of girls melting.