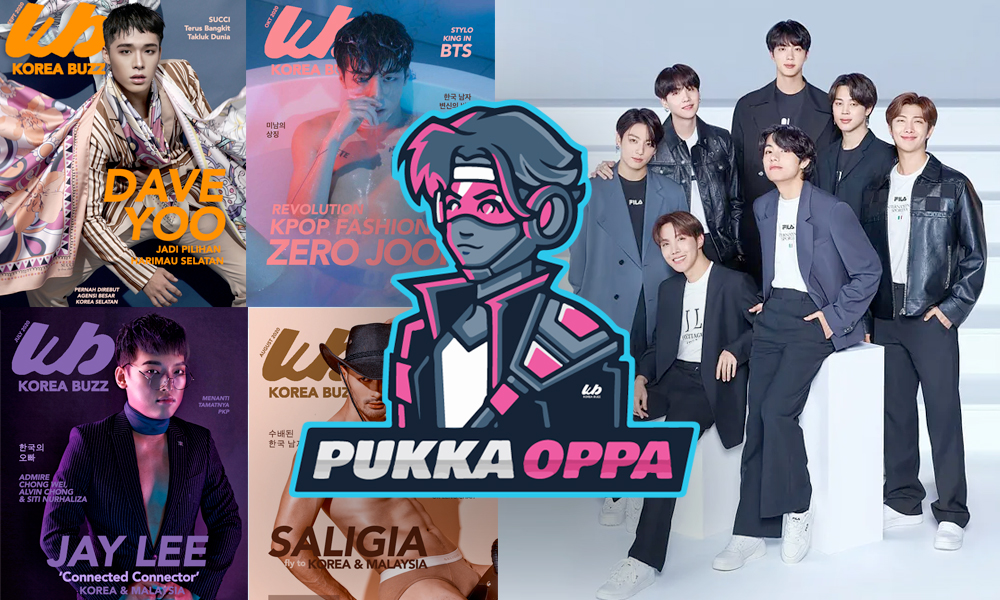 Almost the whole world knows 7 males from the KPOP group, BTS namely RM, Jungkook, V, J Hope, Jin, Jimin and Suga. Due to the popularity they received, the publicity of men from Korea raise sharply and making many commercial and advertising fields in the world chose Korean men with the title of Oppa to be models, speakers and so on.

To make it easier for the parties and Korean men to enjoy success like BTS, KOREA BUZZ opens new opportunities for all Korean men to use the online platform, PUKKA OPPA (PO). The platform to highlight Korean men is taken from the English slang which is PUKKA means PURE while OPPA is the identity of Korean men.

Through this platform, every Korean man who participates in it gets the opportunity to gain popularity as well as raise their self-folio. PO is open to all Korean men aged 15 years to 50 years and above. Most importantly, the Korean man must know communicate in English. The platform is open for free and if selected, the participants will receive various lucrative offers including jobs.

Selected participants will be voted and compete to win the King of PUKKA OPPA award. Voting and contest dates will be announced later. There are also many categories will be announcing when the competition begun. However, participation is open now to submit. The organizers and professional jury consisted of representatives from Malaysia, Thailand, Korea and others involve countries. After filling out the form, if successful you will be contacted as well as your story and photo will be posted on KOREA BUZZ under segment ICON. More interestingly, if you are lucky, you also have the opportunity to be a KOREA BUZZ front page cover.

PUKKA OPPA also give advantage to Korean men fans and lover to suggest and nominated their Oppa. Its mean, acquaintances or friends of individuals who are deemed worthy can send entries for the Korean man. For example, the model’s personal manager can submit entries for the model. Selected and lucky participants will also sign a model or employment contract from an agency where they have the opportunity to get jobs from Southeast Asian countries.

So, what are you waiting for? Join PUKKA OPPA because who knows, you can change yourself from a normal Korean man to a new norma Korean man. Do not narrow yourself down with various negative thoughts but dare to join the opportunities that are in front of your eyes!